Hey! Today's post is again a part of the GINS (Global Issues Novel Study) that I have been participating in for school. To find more information on this, click the initial post I have linked to above. This post was a free write exploring empathy through the main character's mind. I have written a piece from the perspective of Jacob in my novel, War Brothers by Sharon E. McKay. Enjoy! (:


"Terror pulsed through me. Gunshots rang through the air, vibrating through my body as I felt my arms being tugged roughly behind me. Screams and shouts added to the cacophony, drowning out the beating of my frantic heart. I tried to find Tony in the crowd, but he was no where to be seen. The cold butt of a gun in the small of my back prompted me forward.
"Move," the holder of the gun told me in a rough voice. I didn't dare disobey.
Many of my classmates and myself were being guided in a scraggly line out of the school and onto the grass. Our shoes and any extra clothing was taken from us, so by a few hours, my feet were aching and drenched in blood. There were many rules, the biggest being never talk, and never stop.
We walked for days. I no longer knew if we were in Uganda or not. I thought about my father, and the maid, back home, waiting for my return. Surely the news of Kony's kidnap on our school would've reached them by now. I tried to remember the last words I had said to my father, but I wasn't sure. I wasn't sure of much anymore, just the deep anger and uncertainty and the terrible loneliness that had taken root in the pit of my stomach.
So much had changed in a short few days. A few days ago, I never would've imagined that I, with an important father such as mine that attended a prestigious school, would be kidnapped and forced to fight for the Lord's Resistance Army. Never would I have thought that such terrible acts would be committed by human beings, just the same as me.
Never would I have thought I might never return home."

Hope you enjoyed! Have a lovely day.
Posted with awesomeness by Danika at 13:38 No comments:

Email ThisBlogThis!Share to TwitterShare to FacebookShare to Pinterest
Labels: All, GINS 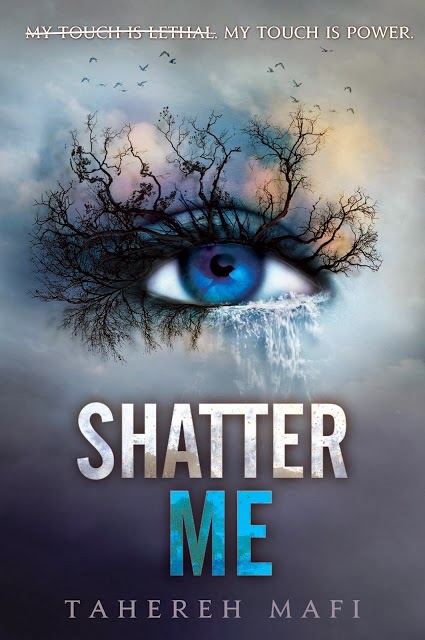 Hello! How was your weekend? Mine was far too short. Anyways, today I am posting to say that Brianna and I are going to be doing a read-a-long with each other once a month! Yay! Last month we read Burn for Burn by Jenny Han and Siobhan Vivian. This month, it's Shatter Me by Tahereh Mafi! We are both super excited for this read. And I adore the cover. I will be reading this while away for the Family Day weekend but the drive is long so I figure I will get some reading in! Here's our schedule!

We will also be doing a joint post about our thoughts at the end of the month. Have a lovely long weekend!

Check out Brianna's blog, For the Love of Books, at booknook24674.blogspot.ca. Seriously, go.
Posted with awesomeness by Danika at 21:12 4 comments:

Email ThisBlogThis!Share to TwitterShare to FacebookShare to Pinterest
Labels: All, Read-a-Long

Hey! I apologize in advance for not posting those Burn for Burn posts with Brianna... the plans kinda fell through, but we still had a great time reading the book and writing the one post we did do (check it out here). On with the wrap-up!

January Wrap-Up
My vision for January was very ambitious, but I guess I never realized how busy I would end up being throughout this month. I didn't get through nearly as many of my top-priority books as I would've liked, but oh well. I did however have a chance to re-read four Harry Potter books, and every book I read/re-read this month was five stars but one. I am going to list each of the book along with a description of my thoughts in just three words and my rating.
*Re-read

February TBR
My top-priority shelf idea is really working out for me, so I'm going to continue to use that. Now that's it's February though, it's time for me to redesign that shelf. Also, throughout the month I have the freedom to take books off that shelf that I have now read or that I don't intend to read soon anymore. However, I can't add any books to that shelf until the next month, so that I can see how much I condensed it. I love the look of this shelf for February - all these books sound fantastic! 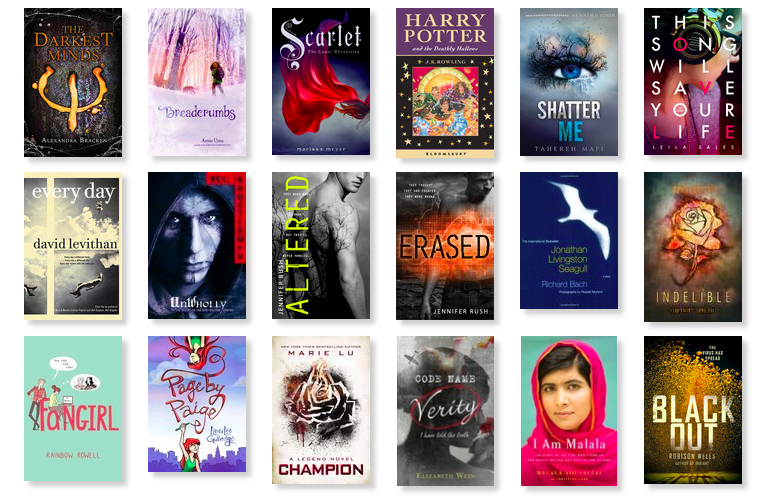 Now onto Epic Recs! So I have some explaining to do. My epic rec for last month was Taken by Erin Bowman, however, halfway or so through the month I realized Taken would not be available to me this month. My back-up was The Darkest Minds by Alexandra Bracken. Now, the problem was that I really didn't want to read anything sad and apparently the ending is pretty heart-breaking, which was not what I needed, so I didn't read it right away. Once I was in an okay frame of mind again however, I chose to finish Harry Potter and the Half-Blood Prince and Winterling so that I wouldn't have three books on the go. Anyways, I am reading it right away so it pretty much counts as January.

I actually have two books for Epic Recs this month. One of them is super short, and the other is a graphic novel, so Brianna and I figured together it would be one epic rec. These books are Jonathan Livingston Seagull by Richard Bach, and Page by Paige by Laura Lee Gulledge. My epic rec for Brianna is Siege and Storm by Leigh Bardugo. I'm super excited!

What are you reading this month? Let me know in the comments below, or link to your TBR so I can check it out. Have a lovely day!
Posted with awesomeness by Danika at 09:29 No comments: