I'm going to go ahead and face it-- I suck at TBRs. Like, horribly, irrationally, ridiculously incapable of sticking to my TBRs. I guess it's because my moods and reading 'feelings' change so amazingly quick that I never squeeze in the books I was previously in the mood for, or books I keep forcing myself to pick up. So after October, I am done with TBR's (except for my winter TBR... that's different, okay?).

There was no change this month. I read one book from my TBR. One book (and I finished it today, on the last day of September). I suck. I promised I would read one from each genre. I committed myself to reading Jane Eyre. But I just couldn't do it. I wasn't in the mood, and I hate reading books I would otherwise enjoy when I'm forcing myself through them. So, the status for Tackling the TBR this reading month? Not great.

However, I was very busy for a large majority of the month, and gone away for another week, but I tackled my way through five books. And they are...

So even though I didn't stick to my TBR, and I also didn't have much chance to read, I read three five-stars books. That's over half. That's 3/5. That's awesome! I value the quality over the quantity of books I read, so all in all, a good reading month as far as that's concerned.

Thanks for reading! Tomorrow I will post my October TBR. (:
Posted with awesomeness by Danika at 21:16 No comments:

Email ThisBlogThis!Share to TwitterShare to FacebookShare to Pinterest
Labels: All, Wrap-Up

Hello! This is continuing my Bamfield story analysis. Check out this post for more information. 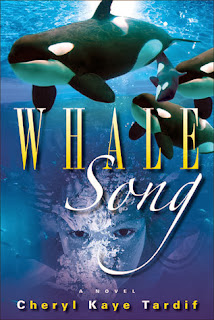 My first assumptions about what might happen in the following chapters is that the sister and Sarah will become friends, and swim to the island on a search for the lost brother. There was a lot of emphasis on not swimming to the island, so it seems as if that would happen. I also think the theory someone brought up that the brother has somehow been transformed into a whale is very interesting.

I actually liked the protagonist. Sarah, though eleven, was funny and curious and kind of reminded me of myself at that age. I did think her to be immature or naive at times, but that is natural coming from an older person reading the writings of an eleven-year-old brain. I also liked the way the author wrote her voice-- she had a distinctive style that was shown throughout her comments and the way she looked back on the past situations.

It was very challenging to see a theme emerging in the short section we read. Because of this, I just took several guesses at what it might be hinting at in those first chapters. What I understood was that change can be good-- she loves her new house and home on Vancouver Island. However, there is definitely going to be some background and story behind the sister and the brother who supposedly drowned, so I feel like the theme will eventually tie into that aspect more.

I was able to make many personal connections to the story, having been in Bamfield at the time. When I read this was where the main character, Sarah, was moving to, I was pretty surprised. Bamfield is a very small town, so it was exciting to see it as a setting in a book. I also understood what she meant when said the ferry ride didn't look like the ocean, and she was excited to see the 'real' ocean. This is somewhat how I felt when I arrived, and saw the beautiful waters, but then really saw it as the ocean once we went out on the boat to open sea.

Finally, one thought I had about this excerpt was that it reminds me of my own writing when I was younger. The way the descriptions were written and the characters almost felt like déjà vu. I feel like my writing is more mature now, but it still gave me that feeling.

Thanks for reading! Hope you had a great month of September. (:
Posted with awesomeness by Danika at 20:50 No comments:

Over last week, I was privileged enough to spend from Sunday to Friday at Bamfield Marine Sciences Centre on Vancouver Island. As a result, I read two short stories/excerpts relating to the ocean and am providing an analysis for each.

This short story takes place in Florida, in a bay or lagoon along the coast, late in September.

I was able to notice foreshadowing in this novel. Because of the title of the short story, you can infer this character will make an appearance. I also inferred something would go wrong because the man was alone on the water in the middle of the night-- Obviously the plot will go somewhere with that.

I'm not going to lie, my immediate reaction to the protagonist was that I disliked him because he smoked. Later, I realized that this was because the story took place in the 20th century, when it was far more common for people to smoke because they didn't understand the effects. I also felt like I couldn't relate to him at all- he was male, a decade older than me, and to me he seemed very broken, and damaged. I inferred this because he was cruel when speaking about how he enjoyed capturing and killing the animals, and with the kind of indifference he referred to this. Later though, I changed my judgement again. I think he is just very traditional- It could've been normal at the time. He does have a wife he loves and a home too so I strayed away from my original assumption.

Though it was short, there was a theme that stood out to me while reading. I feel like it was appreciating and being cautious with your life, because it can be ripped away from extremely quickly and you will lose those you love. I felt this way because afterwards, while the sea devil was swimming and he was drowning, he kept thinking about his wife sitting in her chair, waiting for him. He saw all the things that had happened to him and realized he didn't want to die.

I was able to connect to this story - not exactly to the protagonist - because I was at the ocean at the time. Looking out at the water while I read this made me feel more as if I was in the story. There were a few ways I connected with the protagonist and his relationship with the ocean. I also love the stillness of the ocean at night, and understand his need of solitary alone time. What I also connected with was the fact that the ocean and it's creatures can be beautiful-- but are also powerful and deadly.

Thanks for reading! See the next post for my other ocean story analysis I read while in Bamfield.
Posted with awesomeness by Danika at 13:40 1 comment:

Hello! I think I have now solidified my September books to read. Thanks for those who contributed! I have come up with a narrowed down list of the books on my TBR. I am not certain I will get to all of the YA books, but I will read one per category for sure.

Young Adult Choices... Vampire Academy by Richelle Mead, Etiquette and Espionage by Gail Carriger, The Raven Boys by Maggie Stiefvater, and I'd Tell You I Love You, And Then I'd Have to Kill You by Ally Carter!

So these are six books I am really set on reading, but I also would like to read the Truth About Forever by Sarah Dessen (just started this one), and possibly Delirium by Lauren Oliver, Heist Society by Ally Carter, and A Walk to Remember by Nicholas Sparks.

Posted with awesomeness by Danika at 21:25 2 comments: